The Halfway is a destination country inn brimming with charm and hospitality. The Halfway has an excellent reputation, a loyal clientele and offers one of the best quality dining experiences in the region. 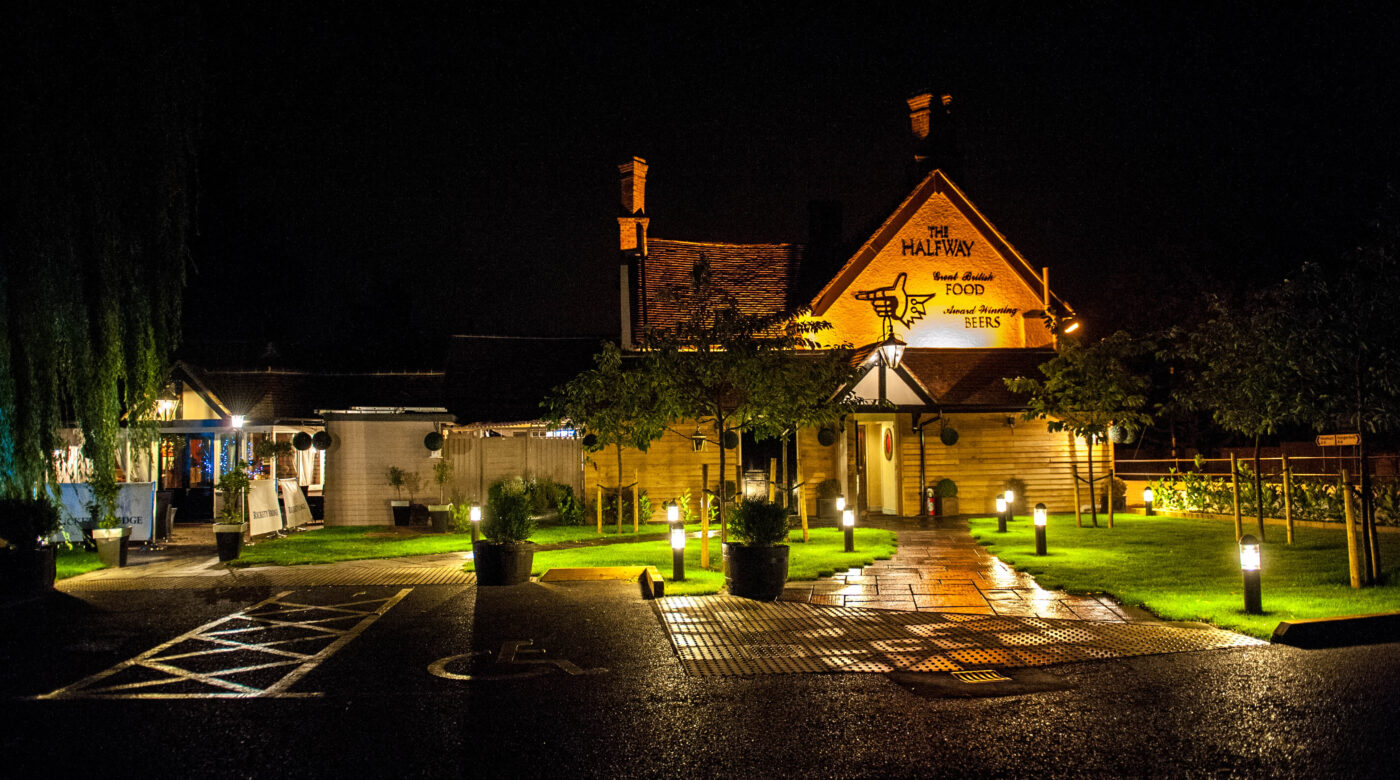 Newbury is a market town in Berkshire, England, which is home to the administrative headquarters of West Berkshire. The town centre, around its large market square, retains a rare medieval Cloth Hall, an adjoining half timbered granary, and the 15th Century St Nicolas Church, along with 17th and 18th Century listed buildings. As well as being home to Newbury Racecourse, the town houses the headquarters of Vodafone UK and software company Micro Focus International.

Well situated on the Bath Road this pub features a strong roadside presence as a traditional public house. The garden and patio benefits from a wood fired pizza oven. Internally the décor is a unique reflection of the personalities of the current operators which the regular guests love. There is an exciting opportunity for an incoming food focused operator to be involved in working up an internal scheme that is in keeping with their future vision for the pub.

There is extensive domestic accommodation comprising 4 bedrooms, 2 bathrooms, a lounge, kitchen and office.

The ideal applicant(s) will be experienced operators with a strong food-focused background, and/or an entrepreneur with vision who will embrace this opportunity to realise the potential of this characterful pub and be fully involved in the planned refurbishment scheme.  This is a fantastic business opportunity for the right applicant to develop their own concept for this pub.

The Halfway Inn is a destination gastro pub with an excellent reputation for high quality food.  The pub straddles the line between bar and restaurant and its diverse menu attracts an upmarket clientele of loyal guests.  There is a great opportunity here for a new operator with a food focus to capitalise on the existing reputation and develop an exciting future concept for the pub.

* Fair Maintainable Trade (FMT) is the level of turnover and profit that we believe that the business is capable of delivering if being operated competently. The FMT is usually calculated by the Business Development Partner for the pub, who will produce a shadow profit and loss account for the business which supports the rent. A copy of the shadow profit and loss account will be provided during the recruitment process. Please see our Code of Practice for more information on FMT and rent. The Fair Maintainable Trade is not a guarantee of levels of trade or profit that will be made from the business – we strongly recommend you seek appropriate independent legal and business advice as part of your Business Plan.

† The Full Investment Breakdown for each public house is higher than the minimum investment we will accept because potential Business Partners with the minimum investment available can still be accepted as we are able to offer them financial support for the rest of the monies. The working capital incorporates the purchase of stock, glassware, loose catering effects and valuer fees – please note the number quoted on this website are based on estimates. The exact costs will be determined on the day you take on the public house by independent valuers and stock takers. Please see our Code of Practice for more information about investment.

The Barley Mow is a beautiful village pub set in a rural location, with easy access to London…

The Silent Woman is a characterful pub nestled in the heart of Wareham Forest in Dorset, serving great…